We artists have been expected to magically create online content in the days of COVID 19. I created an instructional video to help in this process of understanding how to make the „perfect” video. All the content in the video is completely thought through, planed, designed in the live moment of improvising in front of „perfect recording equipment”.

The whole purpose of this video is to help to understand what most artists are facing during the first attempts of making a video recording of their work.
This is a very unique opportunity to see everything that every artist does not want the audience to see.

The creators of my video are impulse, randomness, ignorance, uncertainty and vulnerability. The technical component of this video is specifically offered as total art imperfection. The equipment to record and the circumstances were chosen carefully to create the ultimate mess and lack of quality.

What will you see in „How to create a perfect video”?
Jerzy Grotowski was the revolutionary founder of the „Poor Theatre”
Poor in technical components but incredibly rich in content.
In this video you are going to see one hundred precent „Poor Video”.
Don’t be alarmed, these are all artistic choices but they’re completely wrong choices.
He thought it is professional. He thought it’s rich in content. He thought it’s a „Poor Video”. 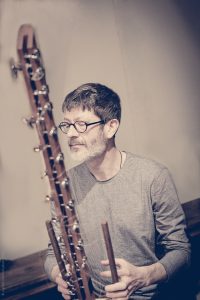 Rafał Habel-Bloodgood, from Poland, is a musician, actor and teacher whose work is a culmination of 30 years of research, practice and performance in a unique genre of ensemble devised, music based -- physical theatre. Rafal is a self-taught multi-instrumentalist, known for his sensitivity, versatility and skills in improvisation. He has created and performed original scores for the theatre, accompanied live performance and has been a musician for countless performances.

Rafał plays on world instruments including the African Kora, Lithuanian Birbyna, Korean Kayagum, transverse flutes, hand percussion instruments and is a singer. He regularly records and produces his own music. He was an original member of the award winning Polish chamber folk music group Lautari, and in 2020 performed in Lautari’s 20th anniversary concert, broadcasted through The Polish National Radio Two/ Radiowe Centrum Ludowej. He is known as the only birbyna player in Poland.

Throughout his years in the theatre, Rafal has developed a profound understanding of the ensemble and theatrical development and with that, a knowledge of the connection between movement, voice, music, text and rhythm. He was a member of the internationally renowned Polish theatre company, Song of the Goat Theatre, from its inception in 1996 to 2018. Rafal has been a key collaborator in the devising process of almost all of Song of the Goat’s performances which have won numerous awards and critical acclaim throughout the world including the Edinburgh Festival “Fringe First” in 2006 and 2012. He has performed countless times throughout Europe, Asia, Australia, South America, Mexico, USA and the UK, including in some of the world’s most prestigious Theatre Festivals.