Anna Luňáková – “The role of the sight”

Anna Luňáková
“The role of the sight”

“Look at it from the other side too…”

I bring to the Kitchen a reflection of the role of the sight in my life; especially because it essentially concerns everyone who is engaged in the performing arts and because it is so common that it merges within ordinary language so naturally that it is not as self-evident (that is, visible) as the non-self-evident can be its influence.

I don’t want to talk about the sight in terms of the exclusivity of a genius “artist” who sees what others do not see. For me, the view is the closeness between those who “show” and those who receive, regardless on the demands of their understanding. It is also an activity, a place, a relationship…

I am also fascinated by the fact that when I create, I see what is not yet present, more clearly than what is actually around. So the sight is also an opportunity to see things that are just coming towards us.

And the last reason for this culinary contribution is the fantastic idea that a beloved person is “looking” at me, which leads to a total transformation of myself. The stage production is necessarily exposed to the starving eyes of the other, written with a capital O. The notion of extreme intensity of the sight can thus be extended to all viewers, the sight ceases to be – never was – anonymous and neutral acceptance of some givens that make sense but as in quantum physics, it changes what is observed. And I share with you, dear reader, how this metamorphosis takes place at the level of my body.

During the intensive movement workshop, I made a few remarks about looking inwards.

Knee
As a ritual object, it is used to express belonging to the cosmic order, as a thank you or a request. It is sensitive and hard. In many ways similar to two small skulls, but vulnerable. A practical tool, the immobilization of which evokes the feeling of a diagonal.

Pelvic floor
The center of female strength and self-confidence. Deep spine stabilization system. Similar to the seabed with its unknown aspect.

Hip joints
It is necessary to open and close. Hips pain indicates an imbalance of a mental nature.

Hips
Used for gripping. Opening the door. The subject of shame.

“Fly away, birds of my weakness!”

Thumb
Fine and long, or bold and flat, often covered with fine hairs. Extremely human matter. Contrasting against other fingers.

Little toe
Nobody notices it.

Foot
Terrain explorer. In any case, it goes first.

Hair
Special skin situation. Box for scars. Soft to the touch. The most sensitive part of the body.

Back
Place of beating. Place of work. A place of friendly touch. Extremely sensitive.

Ears
A comprehensive and perfect organ. Thermoregulatory issue. It is necessary to distinguish between the inner and outer ear, as well as the middle ear and its edges.

Rib
Creation of the world. The cause of laughter. But also the place of the color of singing. After all – a favorite food.

Scruff
When a stranger’s hand grabs me, I turn into a little teddy bear. Reminiscent of the grandeur of horses. It serves as a vehicle for young children.

Eyes
The fastest organ in the body. 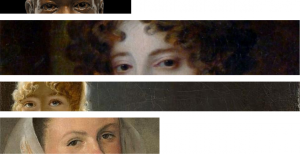 Noting the role of the view, its causality… made me start working on a new manuscript…

… I was standing by the window, looking out. Across the courtyard, a lady was dancing in the kitchen. The kitchen seemed Provencal to me, I know I noticed … I noticed it and I kept my back to him, my sight dissolved in the dancing woman. I felt as if the skin on my back was tensing to bursting, I could feel his eyes sliding over me, stopping in specific places like fingers, breathing calmly and slowly as he looked at me. I liked being so calmly impaled on the spit of his sight.

I know where I am and who I am, exactly, I know exactly what I’m doing, so I think, I think faster and faster about everything that can happen, and this acceleration is already part of physical excitement.

When I feel a fingertip in my hair, I take a breath.

The path of pleasure: a slight movement first appears under the tips of the toes, moves within the tendon of the foot, circles around heels and squeezes my toe on both sides. The pleasure then shoots, completely unexpectedly, up the inside of the thigh. My body shakes like having the biggest shivering. 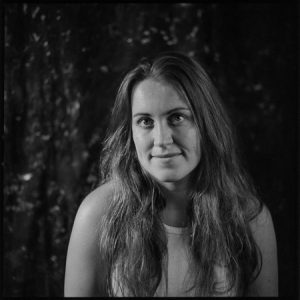