Station 1. Thoughts in the Form of questions
I was always occupied by the dynamic and the function of the Chorus as we encounter it mainly in Ancient Tragedy, as well as the substance of the Messenger within it.

An important station in my life has been a visit to the concentration camp of Auschwitz. From 2003, I began a period of obsessive search and after the tenth visit to this place I named myself Alexandra before and Alexandra after Auschwitz. This though is yet another story…
The fundamental element as it relates to Auschwitz under the view of the Chorus function is that in those thousands of shoes in the display, those looks in the photographs, those suitcases that had chosen the wrong trip, I saw something from that situation. The secret, the necessity for a message that is present and will exist eternally, through exactly the Punctum of existence. They themselves were Messengers, models of time without knowing, a Chorus of an inconceivable secret that are the last tragical beings in this post-tragic period.

I can never think and act as an individual in a way we all together can, when we are in the chorus situation
Chorus in Ancient Tragedy could be compared to the exile souls that find their country in chorus function
Perhaps in the end these looks behind the fences of Auschwitz were such a Chorus? …

MESSENGER
490 B.C. A man named Fidipides, runs from Marathon to Athens after the end of the battle between the Greeks and the Persians, to declare the Greeks’ win with a single word “νενικηκαμεν” (we won), and then dies from exhaustion.
That is one of the examples that demonstrates the role of the Messenger in Ancient Tragedy. The Messenger is the one that comes from somewhere else and brings news, carries facts, tells the story of what really happened, brings a message from the other side of the world, of time.
The Messenger is always on edge, in the limit that connects two worlds – N. Marmarinos
Under this view perhaps the performer basically becomes a messenger? A connecting link that unites the world of the present moment with that of the other side, with his only ability, by being present?

Station 2. Cuba
My decision in 2010 to start my lonely journey to Cuba with the goal of reaching Guantanamo Bay camp, had become an obsession. It has always been inconceivable how with the background of “revolutionary Cuba” there was a dot, the bay of an American base, a place of “exile” in its geographical map. Yet, nothing geographical is purely geographical. My journey began in September 2010 and it followed the coordinates: Havana-Senfuegos-Trinidad-Kamaguej-Sandiago de Cuba-Baracoa-Guantanamo-Havana. It is impossible for me to record even on paper this experience, though the most important element in terms of my research was the journey to Guantanamo Bay, particularly the journey itself and not the destination.
I saw Cuba as a huge concentration camp and Cubans being on the limit. There I met for the first time in my life with such a polyphony of Silence, polyphony of boundaries, of enclosure. Their fainted songs shouted “Enough!”, behind the mask of a Cuba free and hospitable…
Walking the streets of central Havana, I came face to face with my Shadows. Here there is something extremely interesting. I traveled a whole ocean to face Me, my Limits, my Masks, my Feet that had neither land nor country, like theirs, an exile, in their own land.

CHORUS
The Chorus situation was everywhere! In the long queues with the cards in hand waiting for an avocado, a slice of bread and rum, in the bus stations waiting for a bus that was not always coming, outside of their half ruined houses, you always had the same sense that they are waiting for something. Waiting. A new element has been added for me in the dictionary of the function of Chorus. The Chorus always waits. It waits for the Messenger to announce something that they already know but fear does not allow them to say it. In the dense energy of silence, every moment, in every corner of Havana and in the unexpected explosions of dance and violence, I felt the complexity and the dynamic of the Chorus. A Chorus that was searching for its “country” and me many times as the Performer that was searching for her “Chorus” to send the message.
I recall an incident in the bus from Trinidad to Kamaguej. All of the passengers were Cubans apart from me. All men, apart from me. Their looks staring at me. Silence. They look at each other. Silence. A Cuban worker with a ron (bottle of rum) in hand starts:

An insane fight begins. I am lost in voices, like a polyphonic Chorus speaks, swears, spills rum over hum and suddenly, Silence. Dense, swallowing silence. Someone starts to sing a melody and slowly everyone sings together a wonderful tune. We reach Kamaguej…

Station 3. An image
I share a Punctum image: In the alleys of Trinidad, in Cuba, after a sudden and heavy rain, I meet in the street an old Cuban man and I ask him for matches. He, having a wet, unfinished cigar in his lips, smiles with his completely golden teeth, takes off his hat and takes out a wet box of matches. He looks at me with a giant “What?”, silently looks up in the sky, looks at the matches, looks at me, smiles again, puts the wet matches in his hat, puts it on and walks away.. 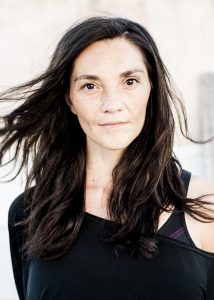