Continuation of an indirect artistic-theoretical discussion on the topic of live art and pandemics – this time a part focused on the reflection of theatrical, dance and other stage production at a time when its live presentation is limited or even impossible. Representatives of creation and reflection again answered the series of questions: Michaela Pašteková, Sláva Daubnerová, Júlia Rázusová, Dominika Široká, Michal Ditte, Marek Godovič, Jaro Viňarský and Milo Juráni.

The pandemic has shown that many arts will have to rethink their function. Maybe to deconstruct its essence. Critique should be helpful in this, because what we now perceive as a “peculiar phenomenon of the time” can easily become a permanent state. It should therefore develop linguistic or interpretive frameworks, understand online space as a new type of stage and point out the potentialities it offers. At the moment, we are currently in a kind of time, when for most of the works online is only a place to store the record, which can only in a limited form deliver the experience of the performance. Even in our environment, however, there is an increase of more and more art works, which are beginning to work with the specific aesthetics and nature of virtual space.

Perhaps the creators and critics could help each other survive this period. The online premiere can still be a kind of work in progress of the art work. I can imagine that as a creator I would invite critics to the “kitchen”, after the online premiere there could be a critical reflection / feedback, discussion. Based on this, the creators can still work on their art piece or, on the contrary, they can be assured that they are on the right path. Critique can thus become part of the creation, and dialogue is now particularly important. At a time when the piece will be able to be shown live, it can be viewed with new optics. I would certainly look for ways that connect rather than divide. But it obviously requires will from both sides.

We can analyze the online stream / recording itself, but in my opinion we cannot identify it with a theatrical production, despite the real possibility of reading the quality of the work, which may not be significantly different in a live experience. In the sense of theater, it has only some informative value. The creators themselves also creatively transform their works into interesting locations in an effort to make the transmission of the work more attractive and enriched with a camera, they work post-productionally with sound and music, film effects, etc. The way may not be to record theater as a theater, but admittedly to create a distinctive genre of television productions that count on the camera as a creative artistic factor. Here is also a way for critics – to analyze such a record as a special art form.

The gates of the theaters remain closed and the artists, who have been accustomed to direct contact with the public, have found themselves in a pandemic vacuum. That is why they need the attention of the (critical) public more than ever before! Moreover, what can be written about at the moment is not at all uninteresting. Unintentionally, we are experiencing breakthrough times in the theater! Digital projects have catapulted from the marginal “nerdy-genre” into the theatrical mainstream, and their pioneering experiments should be viewed with even greater interest by art critics. However, online productions should be evaluated with sensitive consideration for the specific context in which individual projects are created. An extraordinary situation requires an extraordinary perspective. Ignoring digital reality when evaluating an inscenation and limiting “only” to its theatrical level would be explicitly detrimental. Not only are artists learning to work with technology, and the digital plane is increasingly becoming part of the artistic concept, but in the evaluation, the specificity and uniqueness of the time we live would be lost.

I can’t imagine reflecting the theatrical art that is presented through an online format. If the theater creators are inventive, they do not make a classic record of the performance, but also try new approaches in the stream. They create a new medium that cannot be reflected as a theater. But even if it is only a pure record, the critic’s approach is similar to that used in the reflection of archival productions – with a certain unnamed distance.

It depends on the specific work that the critic reflects on. Whether it’s really just a presentation of the created production, while the creators are waiting for post-pandemic times to present the piece live, or they work programmatically with the image, sound, camera movement. In the first case, all that matters is documenting and then waiting for a live performance. In the second case, a critical reflection is also possible, practically, it is necessary to capture the way of work which the creators had to adapt to the situation. Critique in the pandemic period has the task of maintaining the theatrical pulse of the audience, maintaining the awareness that despite the situation, life is beneath the surface and it will not be stopped even by the lockdown. During the pandemic quarantine, I chose pieces that were shot with the intention of creating not only a record, but also something new through it. I preferred to avoid the latter, or rather watched them as part of expressing support for the theater. Although it is tempting to see, for example, inscenations of Warlikowski and at the same time Castorf during one evening.

Without any cynicism – critique can take a break from reflection and analysis of works. Well, that certainly doesn’t mean that it should ignore online space. It should follow the efforts of creators in the field of theater, dance and performance art to approach the online space as a possible alternative, as new possibilities are sought and discovered. From their position, critics could help the creators immensely in this, applying their own tools that are portable beyond the subject of the work of art – reflection, analysis, contextualization and the effort to objectively evaluate. Critique could also focus on activities other than live broadcasts and streaming of recordings. It should definitely take part in the ongoing discussions on the future of the art fields across the sectors, as there are also being redefined the needs, requirements and assumptions of artistic creation. This in turn can help the critique to be prepared for live art in changed “post-pandemic” times, when the transformed field of art critique should continue to reflect on and analyze works, but already enriched with a new dimension, which today cannot even have its name or a clearer definition.

As a creator, I also think about the issue of art critique and the position of the critics. Who are critics and what should they posses? The critics should always newly and always in the real time of the ongoing performance, re-practice two qualities of a view – a fresh view, an unbiased view and a critical view. The moment these views begin to be confronted is the moment when they can begin their specific work. Create living criteria for their future analysis to reflect a particular piece of work authentically and avoid generalizations, because each piece is autonomous.

It is only possible to analyze a work from a stream to the extent that the signal quality allows it. In other words – it probably doesn’t make sense to assess the quality of acting performances as if critics were sitting in a theater, but to follow the author’s intentions, directing, dramaturgy and originality of a “different” format, yeah. Critique cannot now pour concrete on itself as a stubborn child and insist that this is not how theater is done. Respectively, it can, but the very movement of art does not stop (there are hundreds of examples from history). So I think, that now applies what would have always applied if we did not encounter a pandemic, because there are several different phenomena we face on a local and global scale. Critique should follow where the world and the art itself are moving, ask questions, be a reliable partner in dialogue (even contradictory) and support it in experimentation (also by the fact that the critics themselves will develop and accept a vocabulary of other scientific disciplines and art media, as well as bring new formats of criticism). At the same time, we should not be afraid to say that the experiment failed or to admit that even though the experiment did not take place, it was quite nice. One thing is what they should do, another is what they can do. Let us not forget that when art itself struggles with existential questions, the critics struggle with them twice as much. And, on the other hand, also with the question – what is actually the meaning of their mission.

The author of the illustrative photo is Sarah Valovičová. 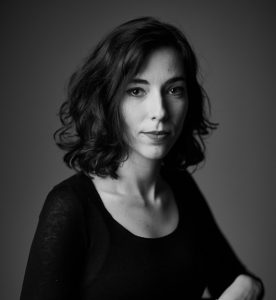 A graduate of Theory and Criticism of Theater Arts at the Theater Faculty of the Academy of Performing Arts in Bratislava. She carries on reflections on theater and contemporary dance and regularly publishes in several media. She is the co-founder of the MLOKi platform and the current editor-in-chief of the online magazine mloki.sk. For five years she worked as a professional editor in the magazine kød – concretely on theater, which is published by the Theater Institute. She is also engaged in pedagogical activities – she regularly leads workshops on critical thinking and writing Write as they dance. As part of her doctoral studies at the Academy of Performing Arts (Theater Studies Department), she focused on current trends in the independent theater and dance scene in Slovakia, especially on the phenomenon of intermediality and the principles of the art of performance. In addition to art criticism, she has also recently worked as a theater and dance dramaturg and curator of theater (and other) festivals.